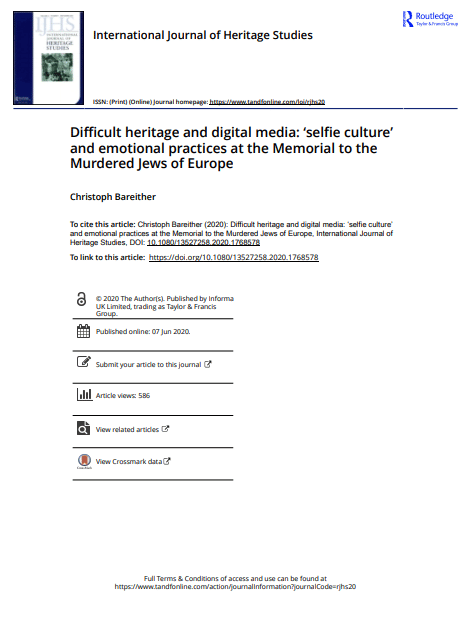 Difficult heritage and digital media: ‘selfie culture’ and emotional practices at the Memorial to the Murdered Jews of Europe

This article sheds light on the entanglements of difficult heritage and digital media through an ethnographic analysis of digital photography and social media practices at the Memorial to the Murdered Jews of Europe in Berlin. After a discussion of the project ‘Yolocaust’, through which an artist publicly shamed the ‘selfie culture’ at the memorial, the article argues that the sweeping condemnation of digital self-representations in the context of Holocaust remembrance remains simplistic. Instead, many visitors explore and enact potential emotional relationships to the pasts that sites of difficult heritage represent through digital self-representations. This observation raises critical questions about the role of digital media in current transformations of touristic memory cultures.