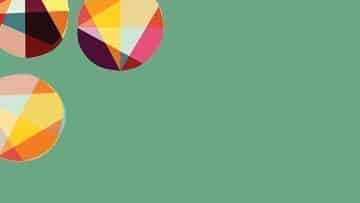 During a summit on 9 May in Sibiu, Romania, the heads of state of the European Union are to discuss the strategic agenda for the comming five years. Ahead of the meating, Culture Action Europe has sent an open letter to President Donald Tusk calling to make culture an integral part of the future of Europe. Culture Action Europe is the major European network of cultural organisations, artists, activists, academics & policy-makers.

On 9 May 2019, at a summit in Sibiu, Romania, national leaders are expected to mark the culmination of this process with a renewed commitment to an EU that delivers on the issues that really matter to people.

Ahead of the informal meeting of heads of state or government in Sibiu (9 May, 2019), Culture Action Europe sent an open letter to the President Donald Tusk calling to make culture an integral part of the future of Europe.

A vision of the future built on hope and peace brought us together as Europeans. 60 years ago, the Treaty of Rome recognised ”culture as a factor capable of uniting people”. 60 years later, the Rome declaration pledges to build a social Europe through the promotion of cultural diversity. The European Council confirmed this vision at the Gothenburg Leaders’ Summit in November 2017. Stronger bonds between its people and our cultural pluralism make Europe stronger. Today, looking into the future of the European project, we must cultivate this collective ethos. In order to create a better future, culture is a necessity.

Networks across all cultural sectors, cultural organisations, artists, activists, academics and policy-makers call to ensure that the contribution of culture to the European project is reflected in the outcomes of the Sibiu summit.

How can you support this call?1. On behalf of your organisation, send an open letter to the President Donal Tusk and his cabinet(you can use and/or modify the CAE letter)2. Tweet or post your support to make culture an integral part of the future of Europe ahead of the Sibiu summit #Road2Sibiu #FutureofEurope
3. Let’s make noise on the 9th of May #EuropeDay, join our Tweetstorm #actforculture, because there is no Future of Europe without culture!

As the only cross-sectoral network, we represent all sub-sectors in culture: from performing arts, literature, visual arts, design and cross-arts initiatives to community centres and activist groups.

Culture Action Europe aims to put culture at the heart of public debate and decision-making by raising awareness of the contribution of culture to the development of sustainable and inclusive societies.

Read more about the initiative here.