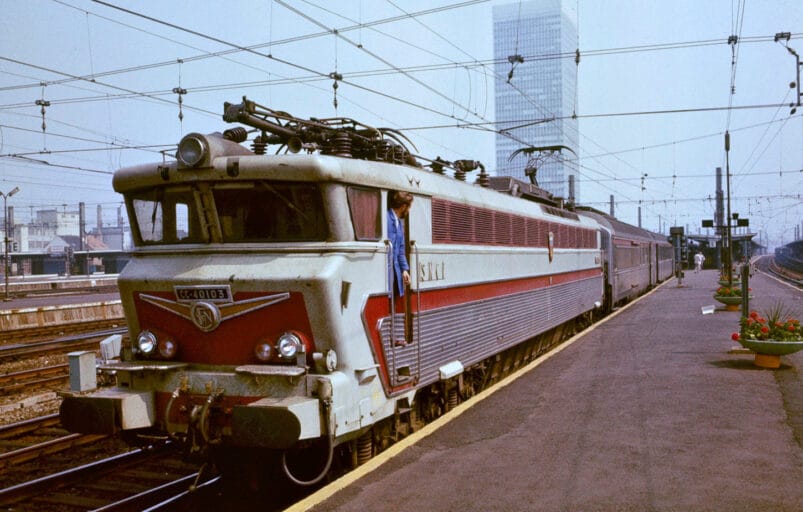 In the battle against climate change, turning to the past could inspire a solution to our transit issues. A proposal from the German government is using the Trans Europ Express (TEE), a previous network of cross-border trains, as inspiration for the future: TEE 2.0. No longer will people have to waste time swapping between slow trains to travel Europe – at least, that’s the theory.

In 1954, the Dutch Railways director founded the Trans Europ Express. At the peak of the service, 45 trains were part of the TEE network in 1974. They ran from Spain to Austria in the east and from Southern Italy to Denmark in the west. Each train had a name and would make stops at only the major cities on the route.

The fast and comfortable trains that could go across borders were ideal for people who go to work and on other trips all the time. The trains were, however, first-class only, and a special supplement was added to the normal first-class ticket price, depending on how far the train went. Business people and wealthy travellers could travel to a foreign city and back in one day in luxury and comfort.

From the late 1970s, the popularity of the TEE declined. TEE faced competition from new international train networks that offered second-class tickets. Furthermore, planes became increasingly popular for international travel. Why take an expensive, luxury train to your destination when you could just catch a flight? Officially, the express train continued until 1996, although most of its services had stopped in the 1980s.

Now, the only place to see the remaining TEE trains is at museums and restoration yards. Dutch heritage conservation organisations and railway heritage enthusiasts have been working towards saving the last Dutch TEE train from the scrapyard for a number of years.

A new life for the Express?

In 2020 new plans were proposed to revive the service. As Europe heads towards climate sustainability, flying between cities is becoming less desirable. With many Europeans recognising the damage that cars and planes do to our environment, trains are becoming more and more popular. As such, a proposal from the German government to create a TEE 2.0 has been signed by over 20 European transport ministers. New train routes might stretch between Amsterdam and Barcelona, or Brussels to Warsaw, to name a couple.

It isn’t going to be simple. New rail infrastructure is required, and there is always the practical matter of coordinating a network of trains across multiple countries. One solution is to create a new, European rail company, but local train companies may fight against that.

There is, however, the template from history to work around. A pan-European train network of this scale has been achieved before, and now at a time when rail travel is becoming more appealing to both tourists and business people, there’s a big opportunity here. Text continues below video

One concern with this template for sustainability is the pricing. Whilst services like Thalys and Eurostar do demonstrate a market for comfortable international train travel, they’re far from the first choice for those on a budget. The TEE of the past didn’t have to compete with budget airlines, and no longer is travelling across Europe seen as a luxury. Rail enthusiasts may welcome the proposal, but it’s hard to see how useful this network will be when planes are still faster and often significantly cheaper.

The name might suggest heritage, but things have changed since the peak of the service. To really be sustainable, we have to understand why the TEE failed, rather than what worked. A new rail network could symbolise European unity and make sure we get on the right track in the fight against climate change.