Can heritage serve as a means to combat rural shrinkage? 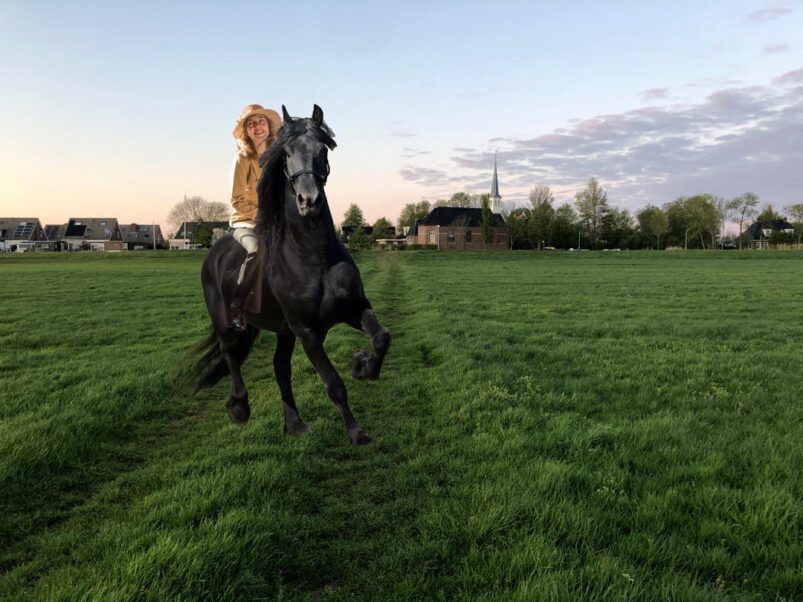 It’s a worldwide phenomenon: the city is in demand while the population of the countryside is shrinking. Rapidly rising prices of houses in urban areas and disappearing facilities in the province are the result. According to the Faro Convention, heritage should play a role in social issues. Can heritage serve as a means to combat rural shrinkage?

I spoke about this with Gijsje Stephanus. For her study ‘Human Technology’ at the Hanze University of Applied Sciences in Groningen, she researched the influence of heritage on the quality of life in small villages.

According to her, it’s mainly the quality of a place that counts, and heritage is part of that: “When heritage is lively and people are making use of it, it will increase the appreciation for the village. And the more attractive the village, the more people will come to live there. ”

It’s mainly the quality of a place that counts, and heritage is part of that

The countryside is no stranger to me. I grew up in a village of 345 inhabitants in the rural Dutch province Friesland. In my village everyone knows each other and my only four classmates all had a horse.

The only facilities, the cafeteria and the primary school I attended, have since disappeared. And yet, there is no shrinkage. Fewer children may be born, but the village is kept alive by rich, retired city dwellers with a sailboat, who come to enjoy their old day.

Plenty of heritage and traditions

And where better than in beautiful Friesland, where there is plenty of living heritage and traditions? There’s a lot of regional culture, food and practices: the Frisian language, sûkerbôlle, the ‘elf steden’, Fryske hynders, skûtsjesilen… all that cultural heritage makes the Frisians proud and keeps the province attractive. Could Gijsje be right?

A village where cultural heritage is certainly used to increase the quality of life is Kloosterburen, a small village in the north of the Netherlands. In the Middle Ages, there was a monastery in Kloosterburen.

Although the actual monastery is mostly gone, the intangible heritage, “the monastic idea”, is used as a source of inspiration to keep the village attractive and liveable.

According to monastic philosophy, everything has to be connected. This idea was applied to the various healthcare institutions that were in danger of collapsing.

Care for the elderly, the handicapped and children are now provided by one team, so that all these groups can continue to coexist. In addition, the monastery grounds have been transformed into a community garden and the old church into a yoga school.

And it works: unlike other villages in the area, Kloosterburen is growing. And just like in my village, the new residents are rich city dwellers.

Vibrant heritage seems to make small villages attractive to newcomers. But this also leads to change in the village life. Both in Kloosterburen and in my own village, the arrival of the city dwellers caused tensions. They were strangers, with different interests and a different culture and language.

This was difficult for the villagers who are scared of change and are very fond of things that have been the same for years. “It hoecht net oars” (= ‘It doesn’t have to be different’) is the motto written on one of the houses in my village.

The arrival of newcomers and the clash of cultures is not only an issue in the Dutch countryside. For example, famous Dutch architect Rem Koolhaas and journalist Caroline de Gruyter pointed out that the changes in the countryside are resulting in growing populism.

In the Swiss village where Koolhaas had a holiday home, the original farming population disappeared in twenty years. In its place, wealthy townsfolk and immigrants came to live in apartment complexes.

Vineyards and farmland turned into office areas. According to De Gruyter, these developments mean that in many of these areas the conservative and right-wing Swiss People’s Party (UDC) is the largest. The original inhabitants see their old-world go up in smoke. The more they lose authority over their villages, the more nostalgic and conservative they become.

Acceptance comes with the time

Fortunately, peace has returned in both my own village and Kloosterburen. The newcomers have been accepted. Perhaps because it is recognized that they are not only a burden, but also a source of income and a way to keep the countryside alive.

Living heritage and traditions act as a lure, but the indigenous population will have to accept that newcomers won’t just make a contribution, they’ll also bring change.

Alma Hoekstra is a 23-year-old lover of all things old. She currently works as editor-in-chief of the Erfgoedstem, the Dutch version of the Heritage Tribune, and studies Architectural History at the VU. She has been commissioned by the Cultural Heritage Agency of the Netherlands to conduct research into the Faro Convention. This European treaty emphasizes the social and connecting value of heritage and the importance of participation. Faro has already been signed by many European countries. The Netherlands also intends to sign the treaty. Now it is being investigated what the treaty can mean for the Netherlands. Alma takes her readers on her journey of discovery to Faro by writing blogs and interviews.