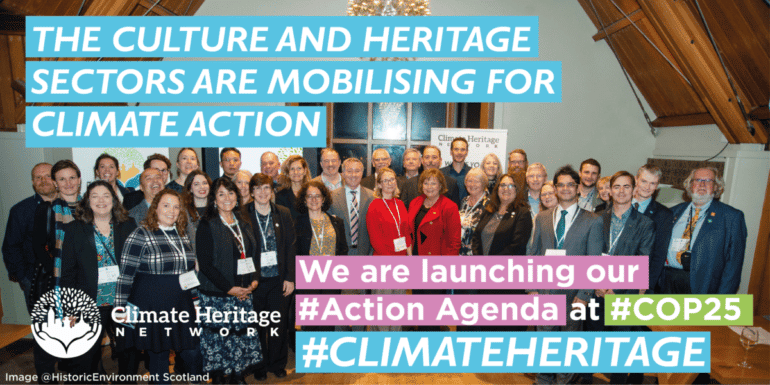 Only five weeks after its official launch on 25 October in Edinburgh, the Climate Heritage Network (CHN) is committed to act and has used the COP25 global event as a platform to bring forward a practical Action Plan. The Action Plan showcases the relevance of arts, culture and heritage to climate action and presents a manageable list of practical activities. The Plan features eight initial activities designed to deliver scalable, culture based climate action tools and policy solutions for achieving the ambitions of the Paris Agreement.