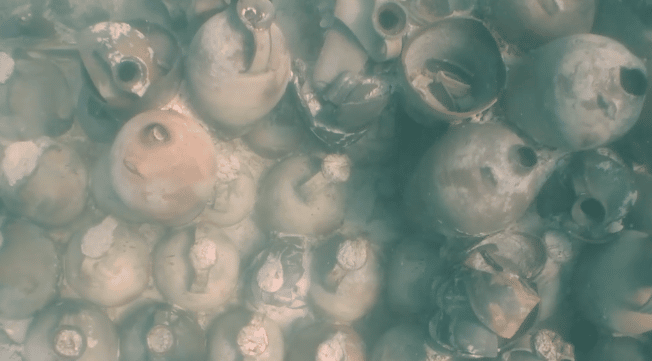 Biggest ever Roman shipwreck found in the eastern Mediterranean

Two thousand years ago, this ship was crossing the Mediterranean Sea full of its cargo of amphorae — large terracotta pots that were used in the Roman Empire for transporting wine and olive oil. For some reason, it never made it to its destination.

The wreck of the 110-foot (35-meter) ship, along with its cargo of 6,000 amphorae, was discovered at a depth of around 60m (197 feet) during a sonar-equipped survey of the seabed off the coast of Kefalonia — one of the Ionian islands off the west coast of Greece.

Read the full story at CNN.