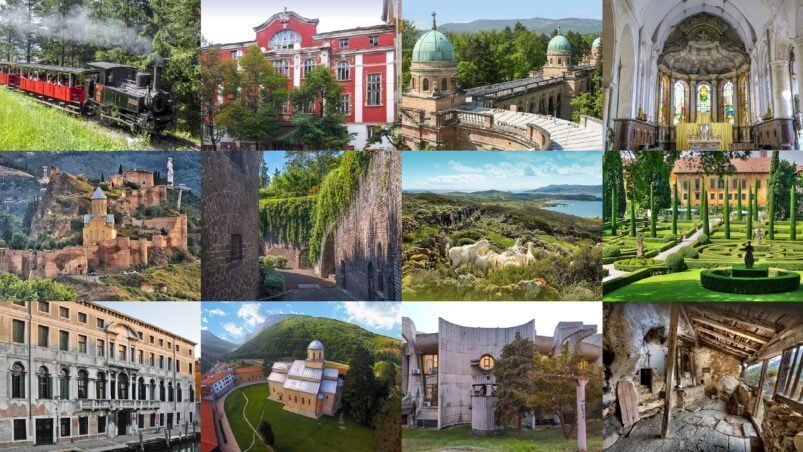 Europa Nostra and the European Investment Bank Institute have announced the 12 European heritage sites shortlisted for the 7 Most Endangered programme 2021.

The selection was made on the basis of the outstanding heritage significance and cultural value of each of the sites as well as on the basis of the serious danger that they are facing. The level of engagement of local communities and the commitment of public and private stakeholders to saving these sites were considered as crucial added values. Another selection criterion was the potential of these sites to act as a catalyst for sustainable socio-economic development for their localities and wider regions.

The final list of the 7 Most Endangerd programme 2021 will be unveiled in March.

7 Most Endangered programme
Launched in 2013, the 7 Most Endangered programme forms part of a civil society campaign to save Europe’s endangered heritage. It raises awareness, prepares independent assessments and proposes recommendations for action. While not providing direct funding, the listing of an endangered site often serves as a catalyst and incentive for mobilisation of the necessary public or private support, including funding.

For the 2021 edition, for the first time since the launch of the programme, the selected 7 Most Endangered heritage sites will be eligible for an EIB Heritage Grant of up to €10,000 per site. The EIB Heritage Grant can be allocated to the eligible selected 7 Most Endangered sites to assist in implementing an agreed activity that will contribute to saving the threatened site.