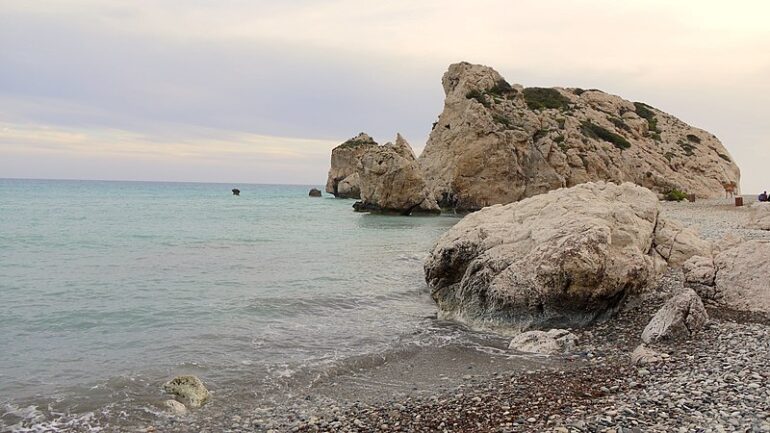 The Myth of Aphrodite app is free to users and one of its kind in Cyprus. The app highlights the myth of Aphrodite. It can be downloaded from both Google and Apple online stores.

After downloading the app, users will be able to scan relevant photos of Aphrodite in three different places on the beach at Aphrodite rock (also called Petra tou Romiou) to enjoy Aphrodite in a real environment through their smart devices, says head of the Paphos regional board of tourism, Nasos Hadjigeorgiou told the Cyprus Mail on Wednesday.

“We have started a campaigning to raise awareness of the app on social media, at hotels and with other stakeholders, informing users how to download the app and they will give out the access code as well,” he said.

The scenes of Aphrodite include the mythical goddess emerging from the foam of the sea, sitting on a rock and reading a book on the beach. Signs at the site clearly describe what visitors should do to interact. “This use of technology makes the myth more tangible in an innovative way and helps users to better interpret the myth and location,” he said.

The budget for the pilot was €20,000 which was partly funded by an EU programme and supported by the Deputy Ministry of Tourism. The tourism board is actively continuing its efforts to upgrade the tourist experience in Paphos and also to transform the district of Paphos into a ‘smart destination’, added the tourism head.

Sourced from Cyprus Mail. Click here to read more about the cultural heritage in Paphos.