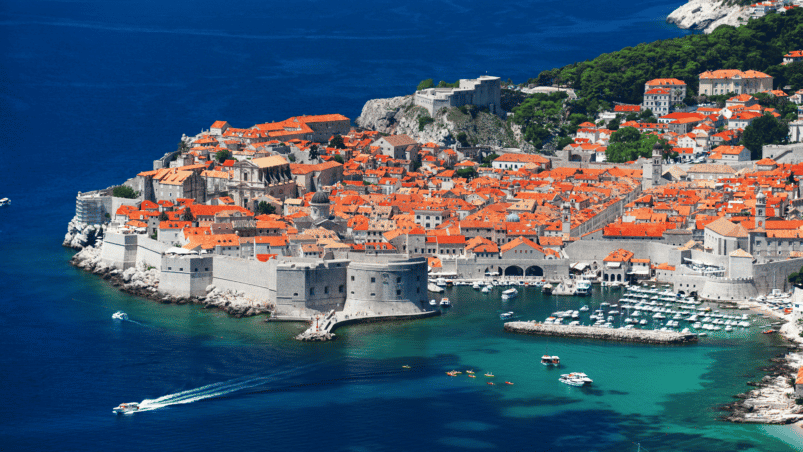 The heritage of the "Pearl of the Adriatic" is threatened by large amounts of tourists and management problems. Image: monticelllo (Canva) CC0

On 14 April, the Organization of World Heritage Cities announced the start of a so-called World Heritage Management Plan for Dubrovnik, Croatia. UNESCO will coordinate the plan to restore and protect the old city centre and its surroundings. The project should safeguard Dubrovnik as a world heritage site and livable city for the future.

UNESCO listed the Old City of Dubrovnik in 1979 as world heritage. However, in 2015 UNESCO and ICOMOS reported severe problems regarding the city’s tourism management, gentrification and infrastructure. The Management Plan now aims to fix these problems, a press release by the Organization of World Heritage Cities read.

Because of over-tourism, ongoing gentrification and rising living cost, the quality of life for residents is threatened. Large amounts of construction work, loss of public spaces and green areas, and an overload of the city’s transport infrastructure were also marked as problem themes. To make the city more livable and protect Dubrovnik’s cultural heritage, the Management Plan aims to solve these problems.

The main advantages of involving stakeholders and citizens, are better insights into real problems

The plan’s contractor, the Faculty of Architecture from Zagreb University, drafted the programme by involving stakeholders and citizens. “The main advantages of this approach are a better insight into real problems”, the press release stated. This way, stakeholders could express their opinions and ideas about the plan.

Pearl of the Adriatic

Dubrovnik, located on the Dalmatian coast, is regarded as an important Croatian heritage site. The area houses over 2000 registered tangible heritage sites, according to the Dubrovnik-Neretva Region’s official website. Besides its prominent architecture, UNESCO and the Croatian government listed the Feast of Saint Blaise, klapa singing, the linđo dance and the local dialect all as world or national intangible heritage. To learn more about Dubrovnik and its problem with tourism, you can check out the video below. France24 reported on the enormous amounts of tourists in the summer of 2017, before the COVID-19 pandemic.