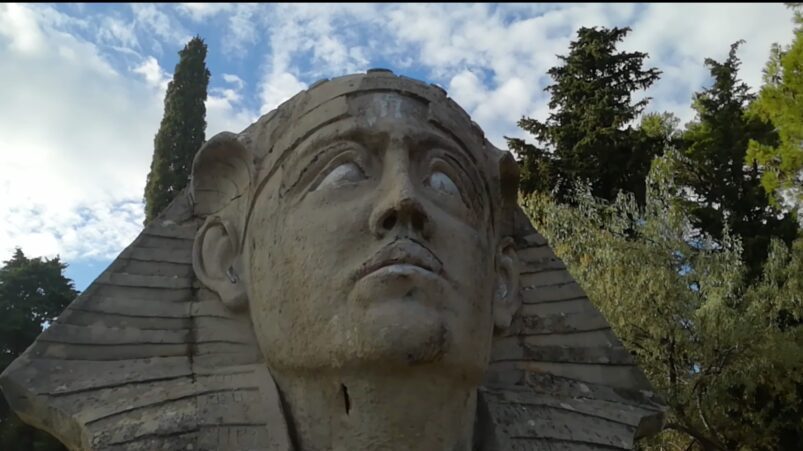 One of Zadar’s (Croatia) most famous landmarks is the ‘Zadar Sphinx ‘. It was a tribute of love from artist Giovanni Smirich, a local artist, painter and historian to his late wife Attilia. The Zadar Sphinx was created about one hundred years ago and has inspired many myths amongst the locals including a treasure buried under the Sphinx!

After one hundred years, the Sphinx is in a bad condition. Erosion of the concrete body of the Sphinx and all kind of graffiti degraded the mythological landmark that is known to be the biggest Sphinx in Europe.

Exploratory and preparatory steps for reconstruction were taken at the beginning of last week when archaeologists commenced surveying and researching the site in order to determine the best conservational approach.

The municipality of Zadar underlines that the work being done by the archaeologists adheres to all the regulations that apply to protected cultural sites considering Sphinx’s status as Croatia’s heritage.

The tasks of archaeologists who will be handling the restorations will be to determine how best to preserve the site for future generations – and how to bring out the best of the Sphinx which has been left buried and neglected for the past few decades.

3D Scan will be used to map the Sphinx to judge its original structure. This mapping data will then be used to restore it.