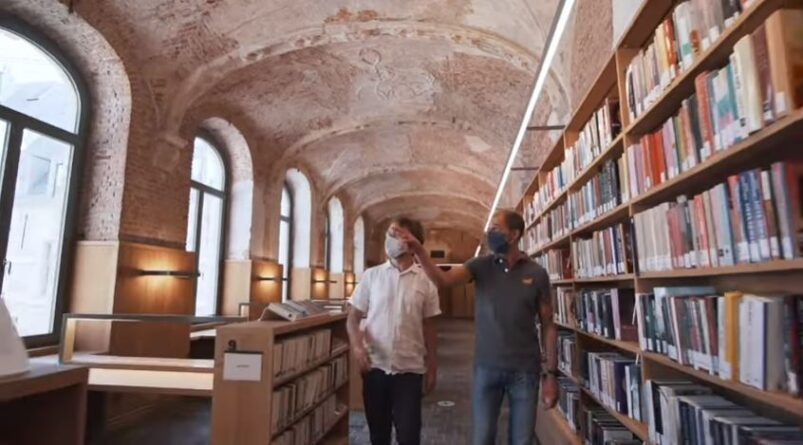 The 17th-century monastery stood empty since 1975, after being used as, among other things, a retirement home and a military hospital. A Dutch-Belgian architect team won an architecture competition to transform the monastery into a library. Today, the library is a cultural hotspot that is being used as a meeting place by Mechlin citizens.

The jury appreciates the architectural qualities. The citizens’ support for the transformation of the monastery made the jury decide to award Predikheren. Based on an online poll in which 11,223 people took part, Predikheren also received the Audience Award.

Have a look at the Predikheren Monastery in the YouTube video (in Dutch) below.

The Flemish Immovable Heritage Award awards projects in the field of cultural heritage, natural heritage and archaeology. The fifth edition was about accessible heritage sites. Out of 43 candidates, the jury nominated the Predikheren Monastery, the Gruuthuse Museum in Bruges and the Saint Nicholas Church in Westkappele as laureates. The laureates receive €2,500. As the winner, the Predikheren Monastery also receives €12,500, thus €15,000 in total.