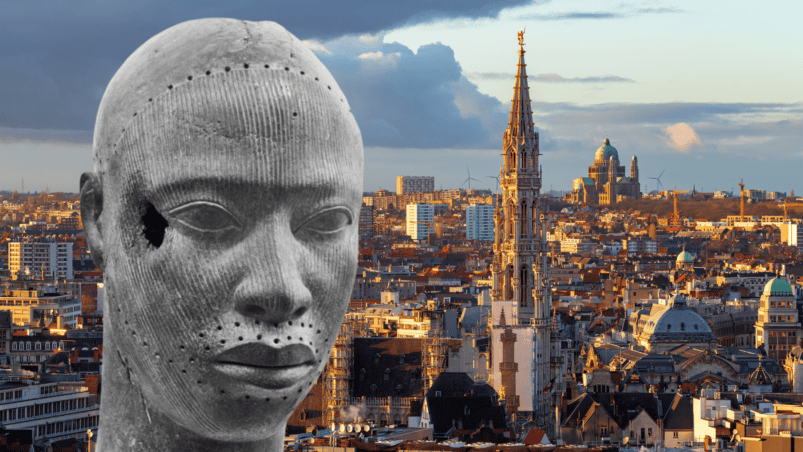 Museums, professionals and governments are taking a stance on returning looted artefacts to their rightful owners. But a remarkable case in Belgium shows the difficulties when it comes to handing over stolen heritage. After a Flemish antique dealer paid €240 (!) for a stolen bronze figure worth millions, he now refuses to give it back to Nigeria unless they meet the price tag of €5 million.

The life-size bronze head, a so-called ‘Ife-bronze’, was stolen during a violent robbery in 1987 from the National Museum in the Nigerian city of Jos, along with eight other pieces. Only thirty years after the theft, in 2017, the artefact resurfaced in London at an auction house. A Flemish antique dealer tried to sell it, but after an investigation, the bronze turned out to be stolen. The seller revealed that he bought the piece in 2007, at a public sale from the Belgian Federal Finance Service for only €240, news platforms De Tijd and VRT NWS reported.

While the case is certainly remarkable, it is far from unique in Belgium. Research from De Tijd and VRT NWS showed that the country is internationally well-known as a hub for selling and buying stolen antiques. Because of the lack of supervision in granting export licenses, many stolen antiques would become ‘legal purchases’ in Belgium. Customs also scarcely intercept ‘cultural goods’: just 19 were seized last year and only one in 2018, AD wrote.

The money involved in antique smuggling remains undetected as well. In recent years, hardly any suspicious transactions have been reported to the anti-money laundering unit. One of the main reasons is that simply almost no one is investigating these transactions or licenses. After the art crime investigation unit at the Belgium police was closed down in 2015, only one detective and one assistant remained to supervise the whole of Belgium, Knack reported. “The art and antique sector in Belgium has benefited from that laxity”, admitted a spokesperson from the Brussels Parquet.

Rembrandt at the night shop

The disorganisation is exemplary of the way Belgian authorities are fighting art crime. They could not find any information on how the stolen bronze got into their possession in the first place, despite multiple enquiries from journalists. After an extensive search, the Finance Service was able to hand over a scribbled piece of paper with the details of the sale to a “respected East-Flemish antiquarian.” Whether the man knew he was buying a red-listed Nigerian artefact remains unclear.

Imagine that a Rembrandt or a Raphael is stolen in the Louvre and then turns up in a night shop in Nigeria… What would happen then?

Babatunde Adebiyi of the Nigerian Museums and Monuments Commission is convinced the dealer knew what he was doing, he told VRT NWS. “He is a reputed antique dealer. As an antique dealer, he knew it was a bronze Ife statue that had most likely been looted. However, he chose to keep the statue.” Adebiyi could not understand how the Belgian authorities were able to sell the artwork in the first place: “Belgium should never have sold the bronze head publicly. If you find something that has been stolen, you return it to its owner. That didn’t happen in this case.”

He dismisses the claim of the dealer that he bought the artefact legally, and should therefore not return it. “It doesn’t matter. The bronze head had been flagged internationally as stolen heritage at the time of the sale.” While the dealer lowered his price to €60.000, Nigeria still refuses to pay. “This is a national piece of heritage! A beautiful art object made by our ancestors is treated as flat merchandise.” He continued: “Imagine that a Rembrandt or a Raphael is stolen in the Louvre and then turns up in a night shop in Nigeria… What would happen then? Europe would immediately demand the extradition and arrest of the Nigerian trader!”

Despite clear proof that the bronze head is indeed a stolen artefact, it remains uncertain what should be done with it. The case differs from other return operations, such as the Benin bronzes. For example, “do Nigerians have the facilities to safely secure this kind of heritage?” wonders Julien Volper, curator at the Royal Museum for Central Africa in the Belgium city of Tervuren. “In the eighties and nineties, there were multiple thefts in Nigerian museums, including the museum in Jos. Several Ife pieces were stolen in the process”, he said. “We need to find out how those pieces were stolen and how they were then marketed in the West. This is not just a western affair.”

Babatunde Adebiyi was annoyed when he heard Volper’s argument: “It’s true that security in our museums used to be problematic. Nowadays, however, our museums are much more secure. And safe or not, it doesn’t matter. The bronze head is ours and it must be returned to Nigeria. There is nothing more to say about that.”